Heifers have been shown to have a higher risk of clinical mastitis in early lactation than older cows. This leaves them at increased risk of having light quarters, teat canal thickening or being culled. With heifer mastitis rates over 25% on many New Zealand farms, the magnitude of the problem and the associated costs become very clear.

Teatseal administered to maiden heifers approximately 4 weeks pre-calving dramatically reduces clinical mastitis around calving, thereby reducing the cost and frustration associated with heifer mastitis. If necessary, Teatseal can be administered closer to calving (1-4 weeks prior to planned start of calving). 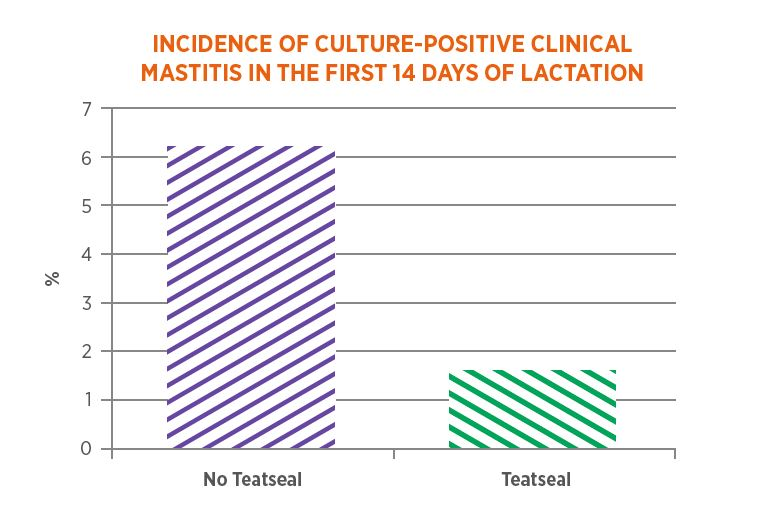 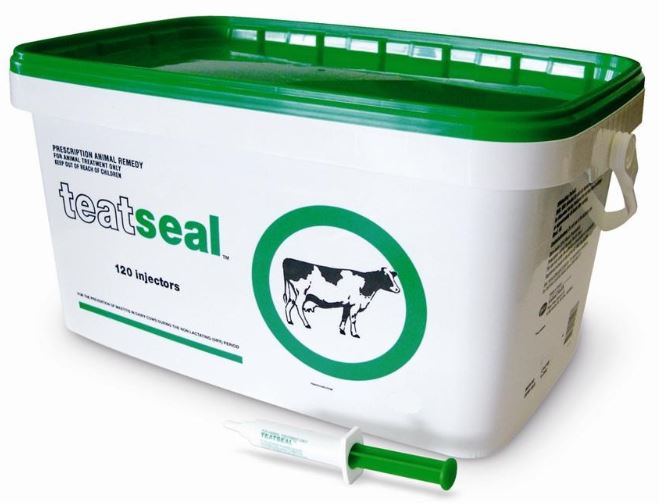 Teatseal is a non-antibiotic inert substance that forms a plug in the teat canal, preventing mastitis throughout the entire dry period and at calving. Available only from your vet.